Across the United States, states have a variety of differing health care laws and regulations. One of those laws is the Corporate Practice of Medicine doctrine (“CPOM”), which prohibits business entities from practicing medicine or employing physicians for the provision of medical services. CPOM also dictates whether or not licensed physicians may join business ventures with unlicensed individuals or businesses for the provision of healthcare services. The map below shows states with CPOM and states without CPOM.

Learn More about Harris Bricken
“Hilary Bricken has been one of my first calls in the psychedelics industry (with a focus on ketamine). Hilary is always able to answer questions and resolve issues and is a real expert in health care business and regulatory law. I would not hesitate to recommend Hilary to anyone with questions about health care business and regulatory law when it comes to ketamine clinics.”
Peter Rizakos, GC | Braxia Scientific Corp.
Harris Bricken expertly guided us through the formation of our company. They continue to assist with necessary registrations and compliance with numerous regulations. They were able to promptly answer all our many questions and provide understandable options, explanations and practical advice. We expect to continue to use Harris Bricken on a regular basis as our company expands. They were also able to introduce us other professional experts. We would not hesitate to recommend Harris Bricken to any companies in need of legal advice.
Three Continents Foods LLC

Ketamine Laws in the United States

Ketamine clinics are becoming increasingly popular, with some estimates placing the number of brick-and-mortar locations at several hundred. Licensed healthcare providers may prescribe the drug for off-label applications such as depression, chronic pain, or psychiatric disorders, and the drug has gained popularity as an effective antidepressant. Yet ketamine may create legal confusion for some potential ketamine clinic owners, healthcare providers, and patients. The United States Drug Enforcement Administration (DEA) has scheduled the drug as a schedule III controlled substance.

Ketamine is a dissociative anesthetic frequently used in surgery. Operating rooms and emergency departments have used ketamine for decades to sedate patients and to help them manage their pain. However, in subanesthetic doses, it induces psychedelic experiences. Ketamine’s off-label use as an antidepressant is more recent and shows great promise for the future of depression treatments, as the drug provides rapid and long-lasting antidepressant effects. 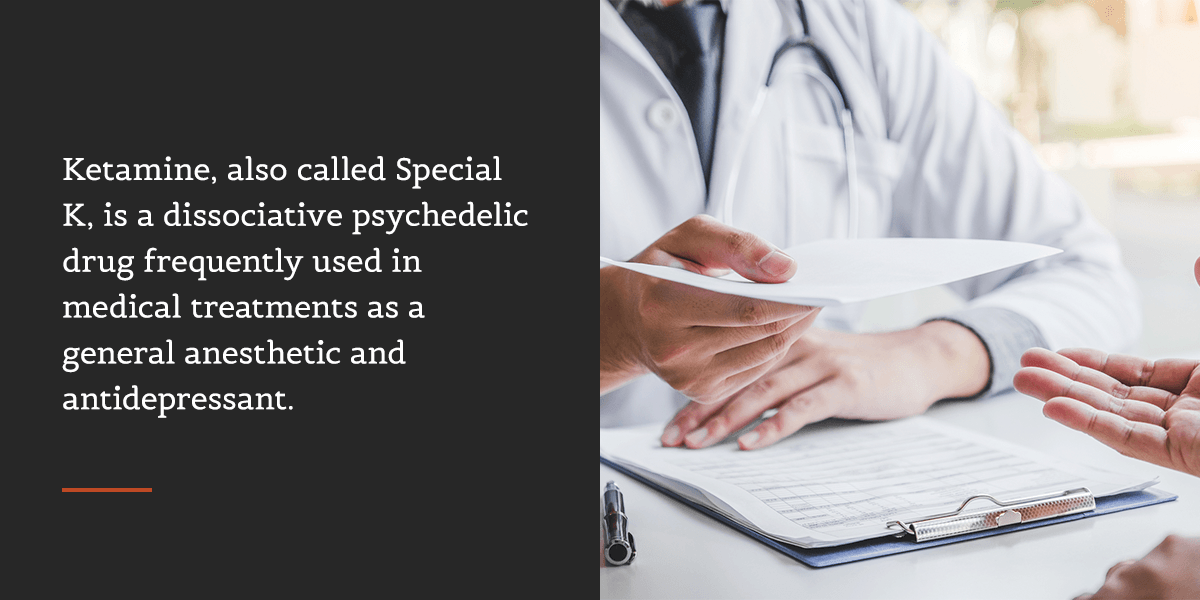 The DEA labels ketamine as a Schedule III drug under the Controlled Substances Act. The DEA considers Schedule III drugs as substances or chemicals with a low-to-moderate potential for psychological and physical dependence. Ketamine often creates dissociative effects in patients and can have multiple other side effects. The drug also has a potential for misuse, leading to increased governmental regulation.

Esketamine is a drug made from ketamine, specifically its s-enantiomer. The effects of esketamine are more potent than ketamine itself because it’s derived from part of the ketamine molecule. The increased potency means that patients taking a lower dose may experience fewer side effects than ketamine. The development of esketamine treatments for depression is arguably one of the largest breakthroughs in depression treatment in the last several years.

Ketamine has several benefits for patients requiring medical care. Some of the most common include: 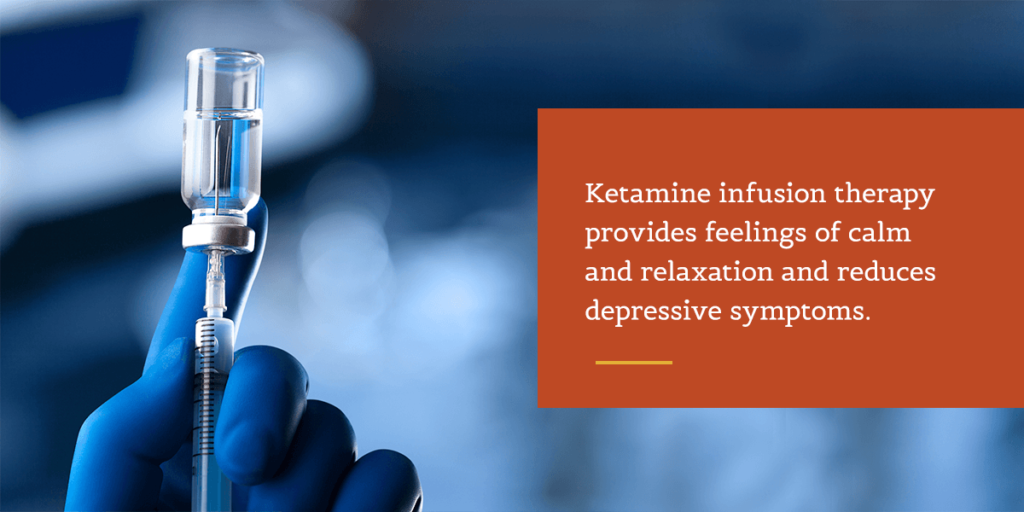 Where Is Ketamine Legal?

The FDA approved ketamine as an injectable anesthetic in 1970, and the drug has been marketed for use in humans and animals since then. Since then, ketamine has been used in an off-label capacity to treat various mood disorders, depression, and other chronic ailments.

The FDA approved a nasal spray containing esketamine called Spravato® in 2019. The nasal spray is prescribed along with an oral antidepressant to treat adults with treatment-resistant depression. Only patients with major depressive disorder and who have unsuccessfully tried two other forms of treatment may be prescribed Spravato. In addition, Spravato is only available through a restricted distribution system. Patients must self-administer the spray in a certified medical office while a healthcare provider monitors them for at least two hours.

Despite its legality for anesthesia and various off-label applications, ketamine for recreational use is illegal worldwide. However, U.S. penalties for illegally possessing or selling ketamine are less harsh than for unlawful possession or selling Schedule I drugs. For example, the maximum penalty someone can receive for illegally selling heroin is life imprisonment. Because the U.S. government categorizes ketamine as having a lower potential for misuse, penalties include up to 10 years in prison and a $500,000 fine for the first offense. One exception to the DEA license requirement involves limited physician-administered at-home treatments. However, most clinics will not fall into that category. In addition, the FDA doesn’t have many regulations for off-label ketamine infusion therapy in clinics. Healthcare providers may prescribe off-label ketamine when they deem it medically appropriate for their patients. Ketamine infusion therapy in clinics is generally a legitimate off-label use for the drug.

State laws also regulate who can own and operate ketamine clinics and typically mirror federal guidelines. However, clinics usually must meet several other state-level requirements for operation, including:

Ownership and operation of ketamine clinics are generally impacted by the Corporate Practice of Medicine (CPOM) Doctrine, where applicable. This doctrine prohibits business entities from employing physicians to provide medical services or practicing medicine themselves. CPOM arises from several states’ laws surrounding medical practice and is intended to reduce conflicts of interest that could interfere with a physician’s professional medical judgment. CPOM affects who can finance, develop, manage or market ketamine, a pressing issue as more clinics and patients use the drug.

CPOM poses complexities to those interested in joining the ketamine market. However, CPOM looks different across each state, and it is essential to understand local and applicable laws when starting or funding a ketamine clinic. CPOM states frequently dictate that only business entities owned by physicians or other licensed healthcare providers can dispense or administer ketamine. Some of the strictest states regarding ownership and management of ketamine clinics include:

Understanding the legalities of ketamine use, prescriptions, and treatments can help clinics and other interested parties stay compliant and protect themselves.

At Harris Bricken, we have provided a diverse range of legal planning, regulatory support, and compliance strategies and services to companies looking to invest in the psychedelic market, including ketamine clinics. Our attorneys are experts in the psychedelic industry and are familiar with the myriad of corporate and regulatory laws surrounding it. Contact us today to put Harris Bricken to work for you.